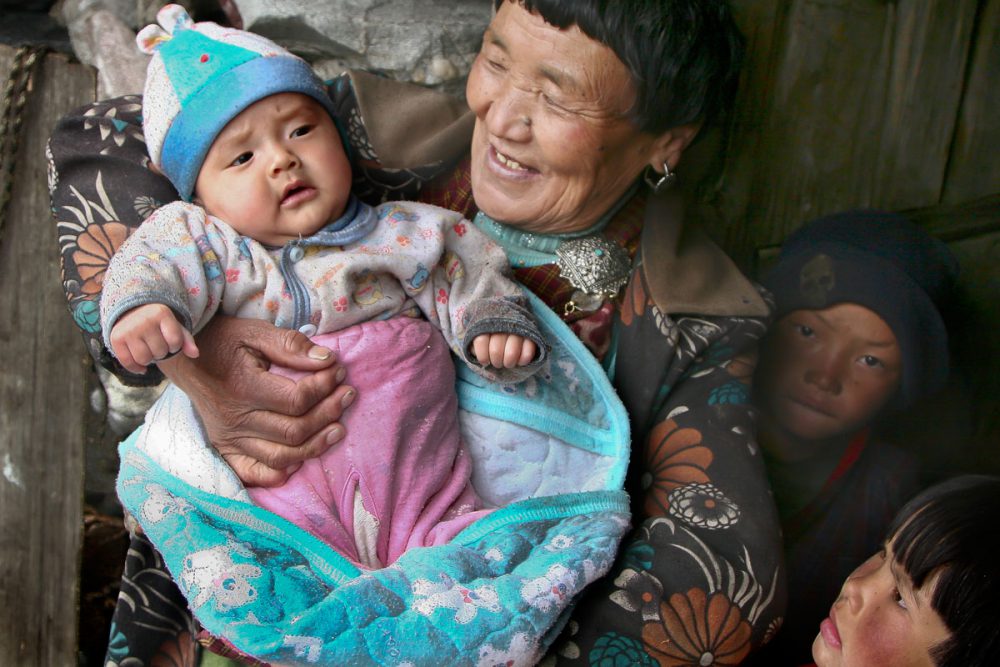 A few years ago I had the opportunity to visit this isolated kingdom in the Himalayas. I was very curious to see the untouched landscape with its high mountain ranges and valleys with rice terraces and scattered houses. ‘Harmonious’ was the word that came to mind when I saw the country for the first time. As a street photographer I was even more interested in the traditional Buddhist culture and traditionalist people that I had read about before. The Buddhist culture of Bhutan is really omnipresent. You see prayer flags and prayer wheels anywhere the wind blows. Dzongs, fortresses that typically have an administrative as well as a religious function, dominate the villages. In every house you find an altar shrine with offerings for Buddha. Tsechus, religious festivals with masked dances are annually organised in every monastery.

Many remote areas of Bhutan are still only accessible by trekking. I had the experience when making a long trek from the centre of the country to the northern high border with Tibet. Through thick forest with big pines, rhododendron and bamboo, we followed fast-flowing rivers, crossed high mountain passes and arrived finally in the snow at the bottom of the 7540 m high Gangkar Puensum mountain peak. This country really did impress me. Most of all by the choices that kings and government are still making, choices very different from our Western model. It’s not the gross national product that counts but the ‘happiness national product’. The government shows persistent concern for ecological conservation and preservation of traditions and tourism within limits. Recently, the king decided to move towards modernisation and even democratisation. The question remains, how this small country, landlocked between his big neighbours India and China, will resist to multinational companies and the forces of globalisation knocking at the door.