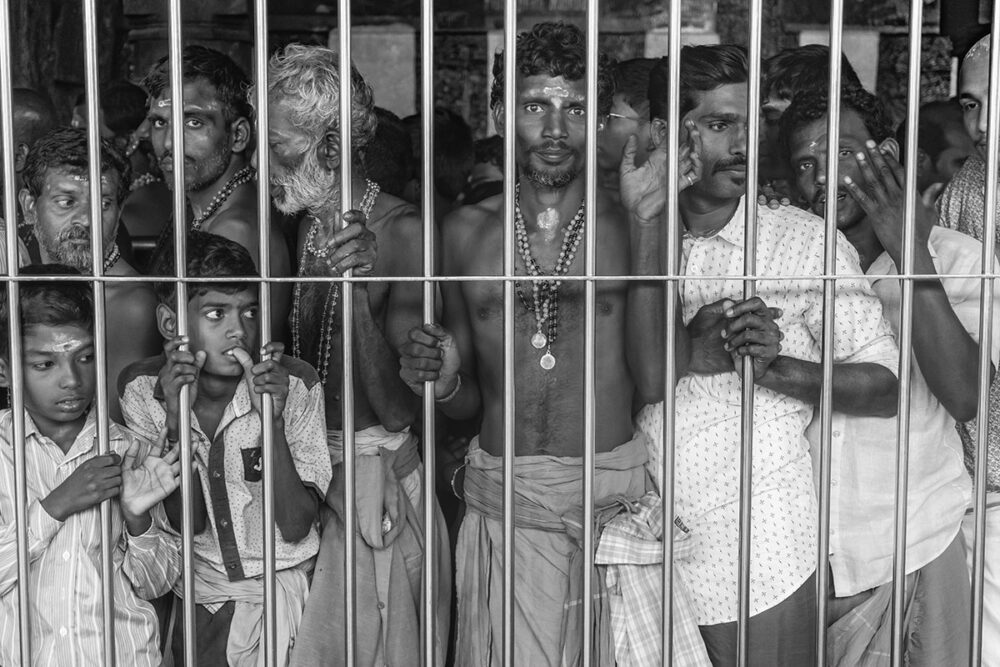 Last February I was in Tamil Nadu in Southern India where I visited for the second time the Hindu temple of Lord Murugan, on top of a hill in the city of Palani. Amidst thousands of Hindu pilgrims, being one of just a handful of foreigners and non Hindus, I climbed the ca. 600 steps leading to the temple. The fee for visiting the main shrine varies depending on the entrance one takes. As most pilgrims have less money than patience they choose the free entrance, which means they have to queue for many hours ‘behind bars’ (the crush barriers) before entering the main shrine.  Many pilgrims arrive from distant villages, often on foot and sleeping along the road. Hindu families come here with their young children to do tonsure, having some or all of their hair shaved as a sign of religious devotion or humility