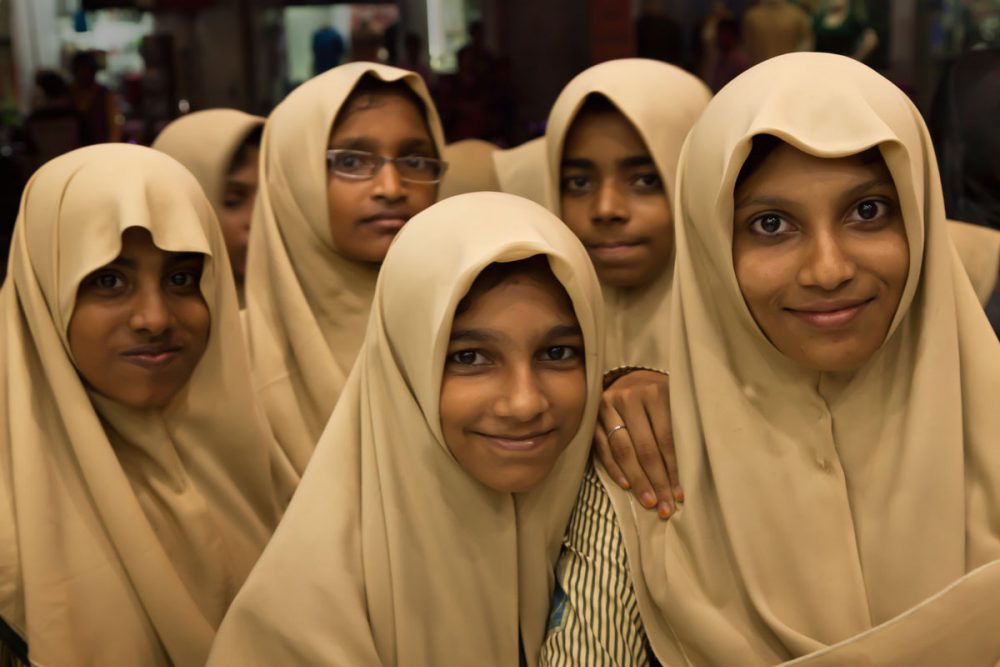 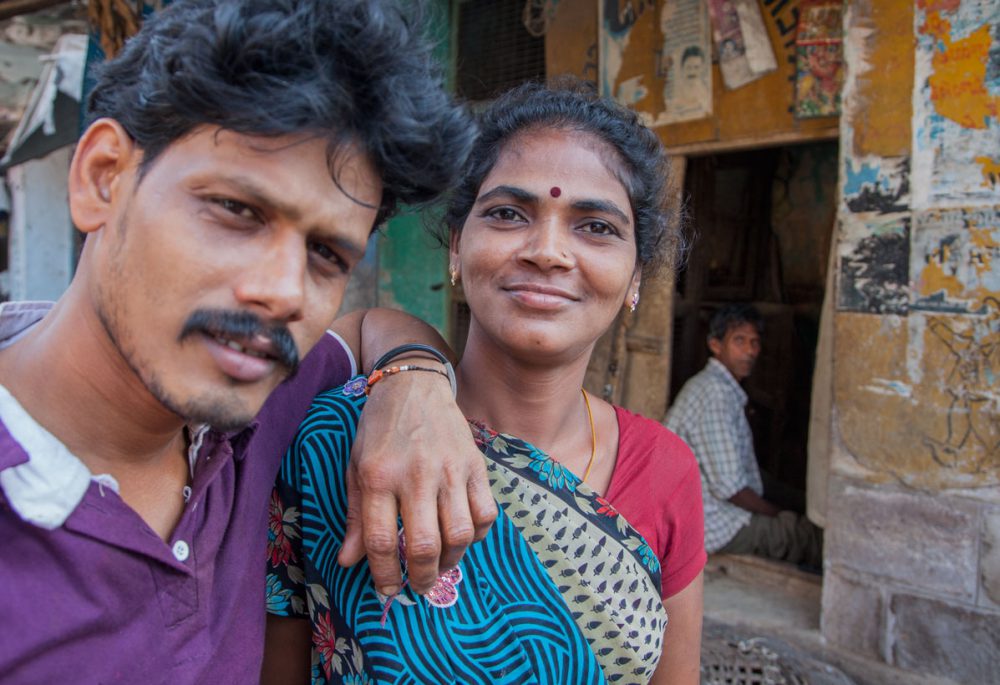 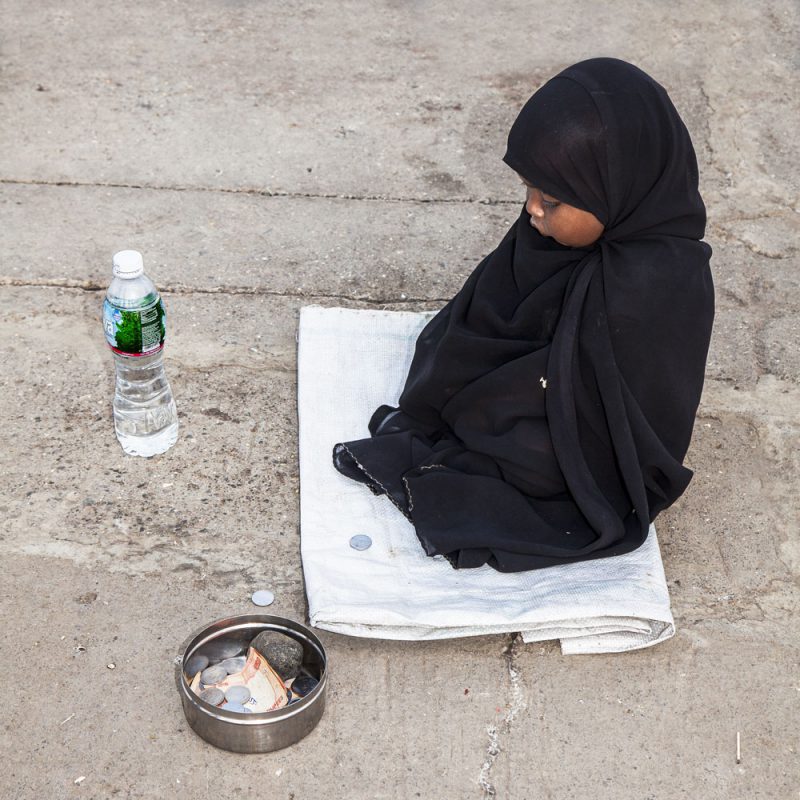 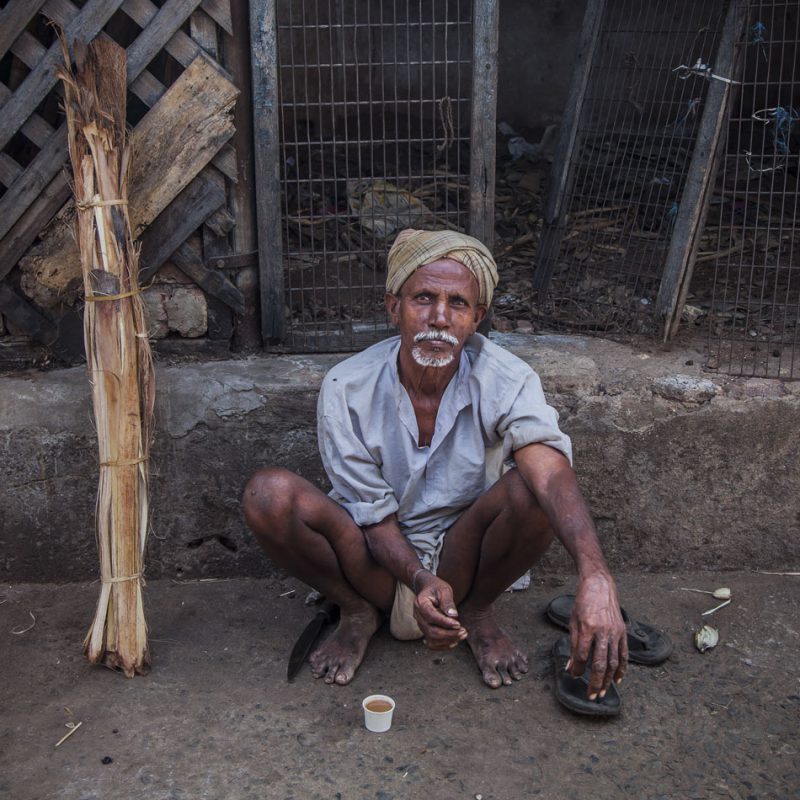 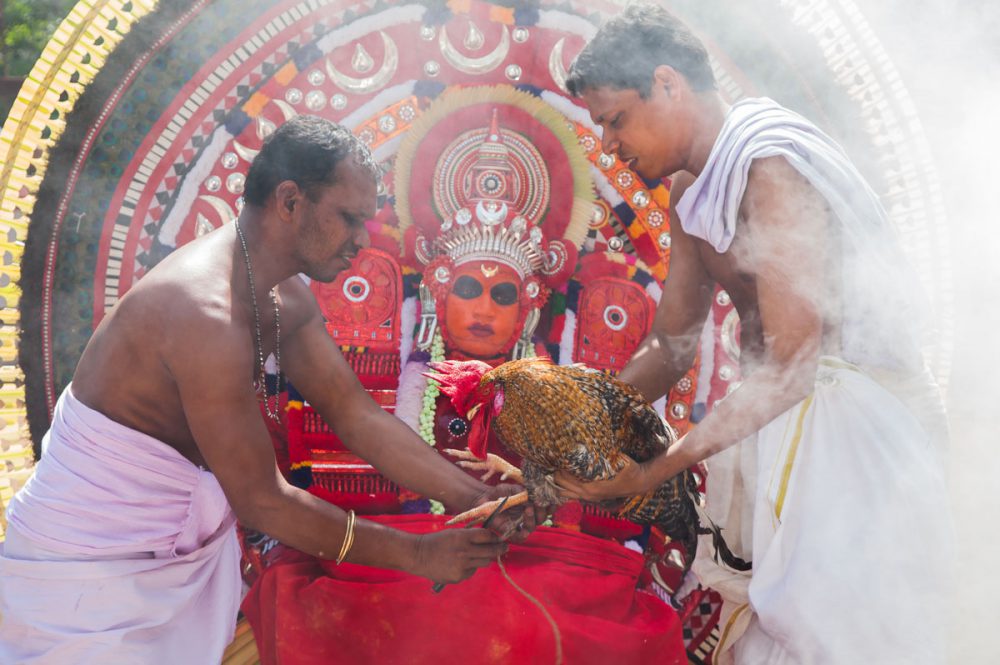 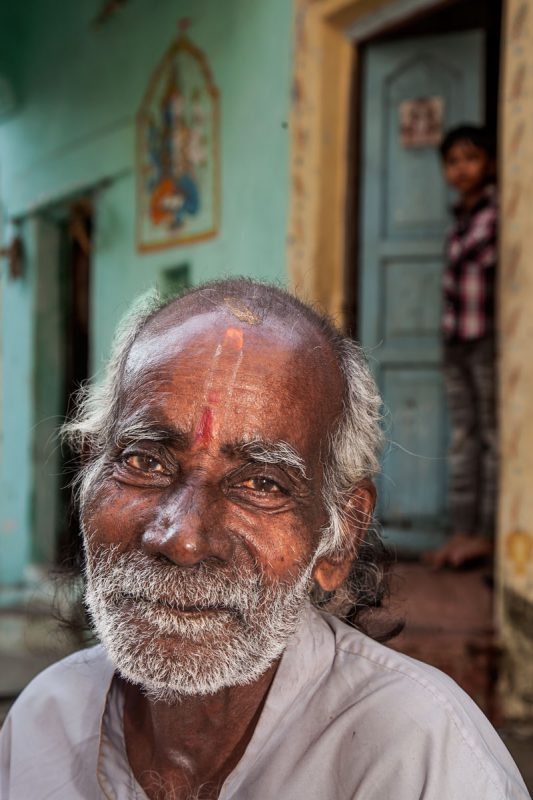 On my first ‘real’ visit to India in December 2013 I limited myself and my photographs to two states of this very big country: the relatively ‘rich’ Kerala in the Southwest, and the traditional and poor Odisha in the Northeast. I ended my trip in Mumbai, India’s most populous city, wandering around for the best part of a week. Between Kerala and Odisha I travelled by train, regular bus and domestic plane; in Mumbai I used the Railway Network, auto rickshaws and taxis.

I started in Payyanur, a municipality in the Malabar region of North Kerala. I was invited by a local family to witness the Theyyam, a centuries old ritual worship of deities and ancestors . Through cock sacrifices, accompanied with dance in colourful dresses, music and recitation, the locals try to propitiate the deities and seek blessings from the principal dancer, who often goes into a trance. There and on many other occasions I realised how important religion still is in this country where Hinduism, Islam, Buddhism and a few minor religions try to live together. In the city of Kochi I saw gigantic malls with luxury goods you would be hard pressed to find even in rich Western countries. At the same time, walking around in the small streets of the city I was touched by the poor conditions of living of most of the people.

In Odisha, in the cities of Vishakhapatnam and Bhubaneswar, I stumbled upon religious rituals in nearly every street, with sacred zebus undisturbed wandering in between. Walking around market places, amidst the colourful chaos of vendors, beggars and sadhus, of rickshaws, motorbikes and cars, of people praying, eating, sleeping and even urinating in public, I got an image of what India must have looked like in a recent past.

Mumbai came as a shock to me. The city houses more than 20 million people; from north to south this city is +60 kilometers long; the incredibly poor people of the Dharavi slum live in the shadow of steel and glass skyscrapers. Exploring the city I took overcrowded trains and auto rickshaws, dangerously forcing their way through the chaotic traffic. In the city centre I had more than once the impression to be in Great-Britain: the Railway and University buildings, some museums, the High Court,…