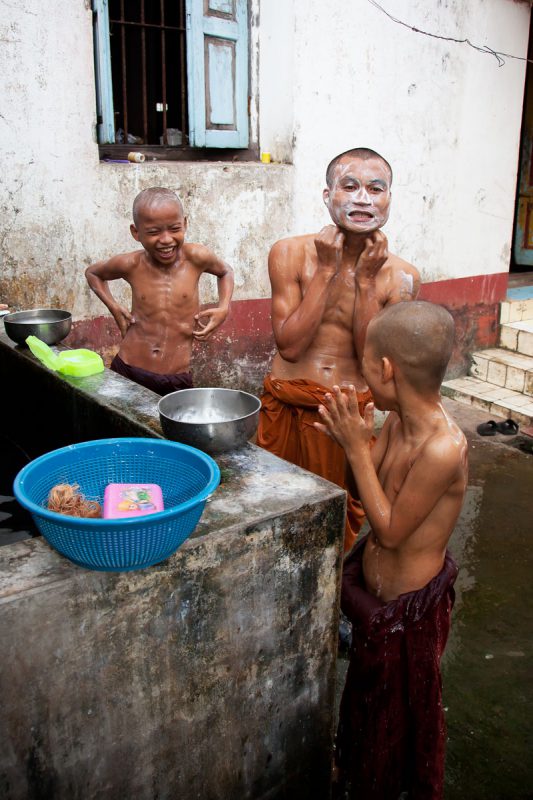 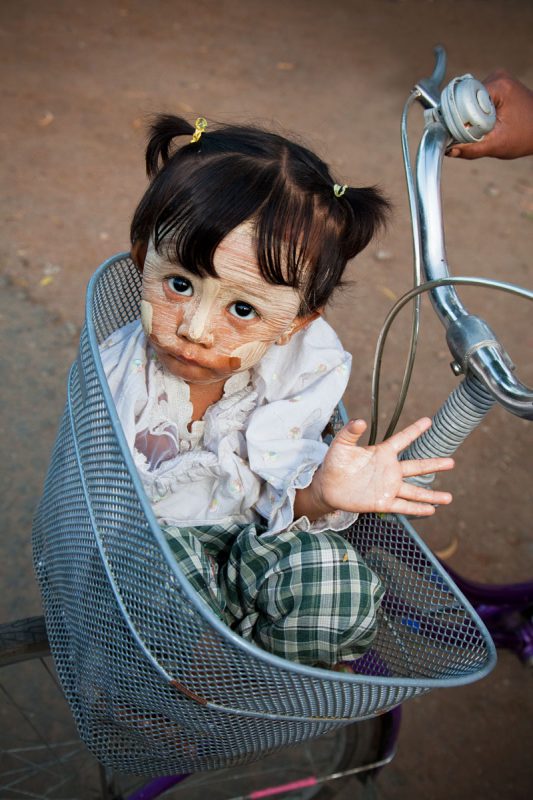 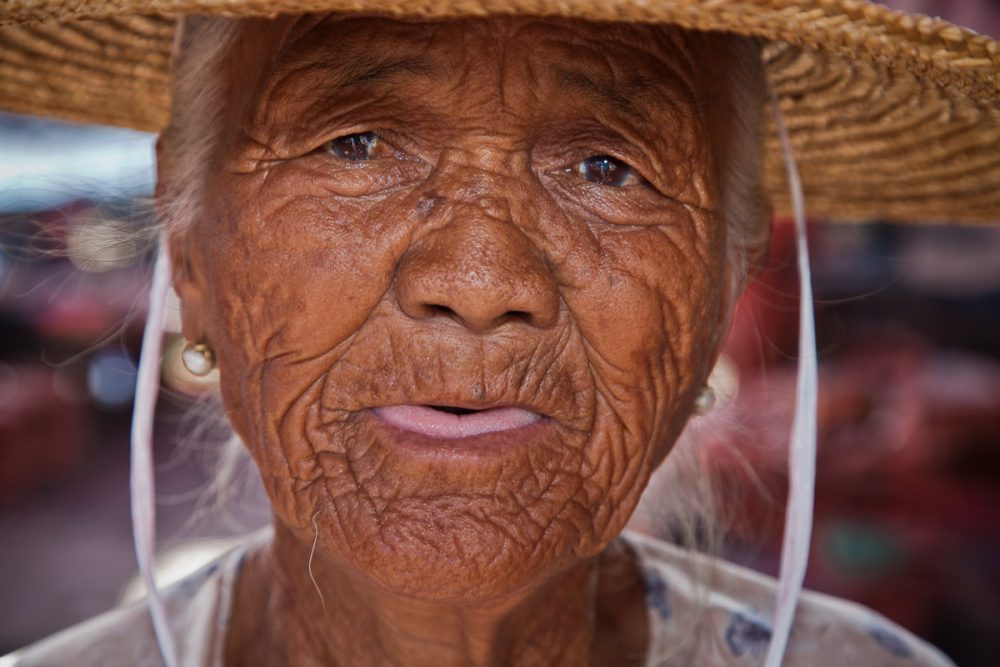 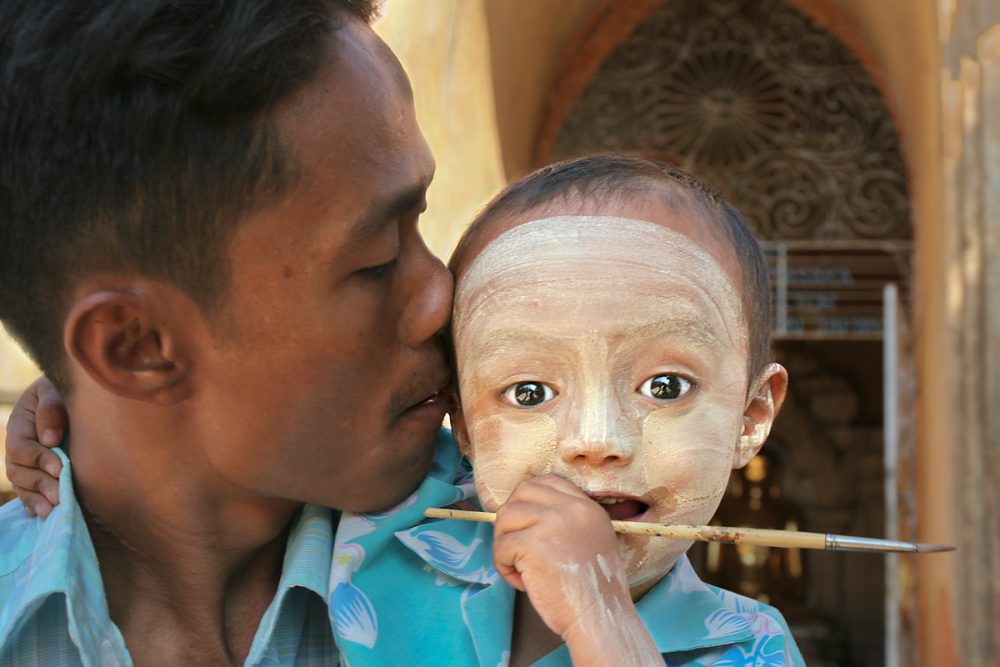 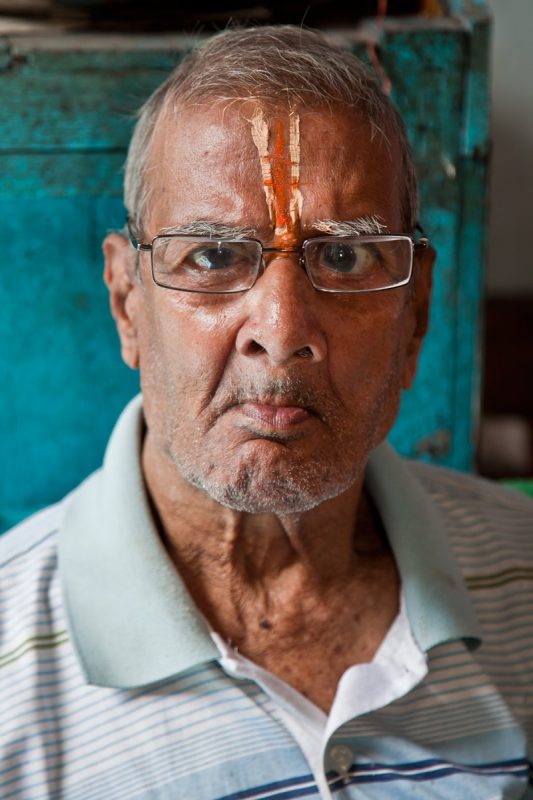 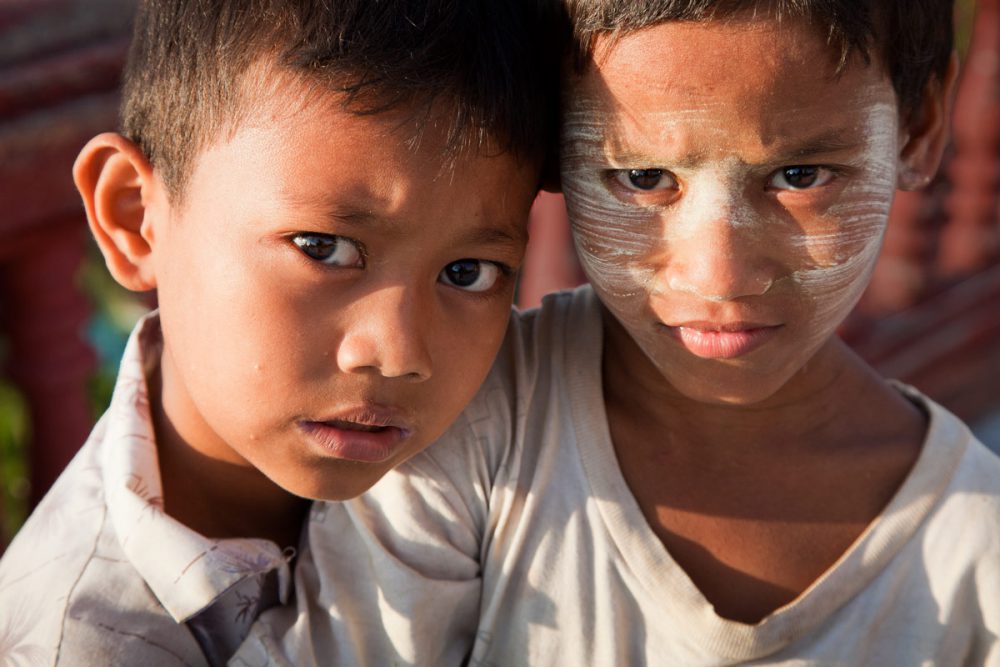 In Myanmar, formerly known as Burma, it’s hard to find people to take photographs of that aren’t smiling. Nearly every Myanmarese citizen starts smiling friendly as soon as he sees a foreigner. The first time I travelled through this wonderful country, I noticed that after some days I was walking around with a half-smile on my face as well.

The people of Myanmar has many distinctive features. One of them is the use of thanaka. Thanaka is a cream made from the wood of several trees and applied every day to the face of women, girls and even boys and men. It is used against sunburn and for cosmetic beauty and some believe it will bring bad luck if not applied. Another practice is the chewing of betel nut, a stimulating chew from the nut of the areca palm.

Buddhism is omnipresent in this very religious country. Even in the landscape, on mountain ridges and summits, white or golden pagodas and stupas colour the green surroundings. Buddha statues, sometimes more than 100 m high, stand up or lie in the open air or smaller ones adorn temples, and monasteries abound. Especially near these monasteries you see rows of monks, young novices and nuns with their bowl, begging for food, mostly rice.

After nearly 50 years of merciless dictatorship, the people of Myanmar can think and breathe free again, since the elections of 2012 and the victory of opposition leader Aung San Suu Kyi. From what I have seen, this country is changing faster than any has before. But the former hardliners of the ruling army are still in the country and the problem of the 135 ethnic minorities remains unsolved. I sincerely hope this lovely people will not get disappointed in the future.