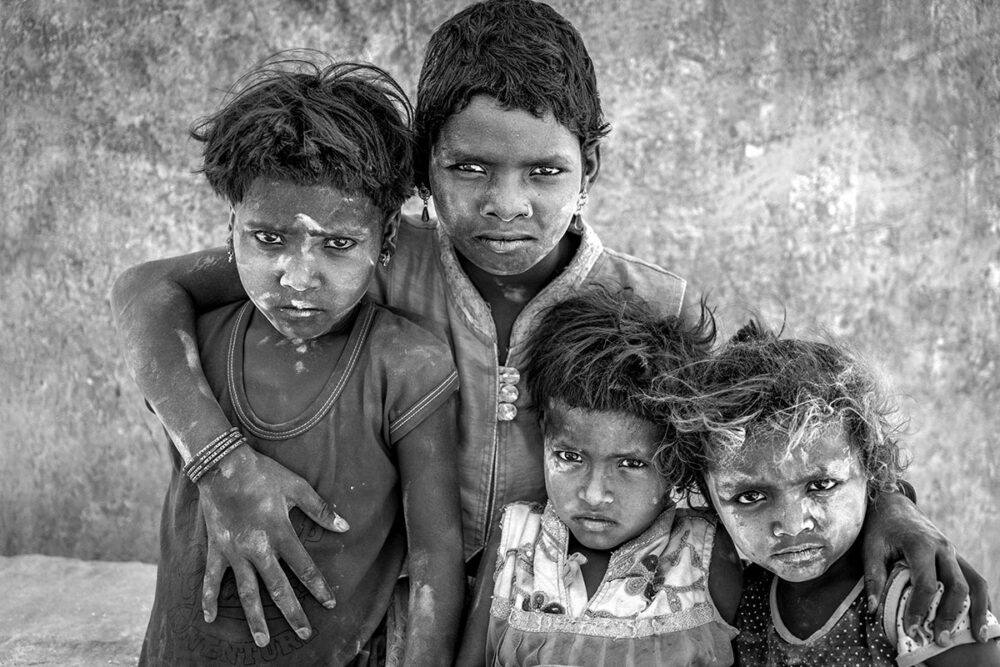 When I was a 5 year old boy, my parents decided to move from the remote village we lived in to the neighbouring town, as they were worried about the limited future of their children. To keep the cost of building a new house low, my father decided to start his own brick kiln near our house and with the help of his neighbours he managed to do so. I was fascinated to see the firing of the bricks and I liked the typical smell of it. I still admire my father, who passed away many years ago, for carrying out this ambitious plan that brought me from a tiny backwater to the modern world.

Last year, when I first visited the Hindu pilgrimage city of Varanasi in Uttar Pradesh in India, I heard about the many brickyards in the surrounding district, still manufacturing bricks in the same way as my father did. And I was out to discover and to photograph it. The first kiln I visited was “SHIVA”, near to Varanasi and so called because the Hindu god Shiva is the patron deity of Varanasi. This year I visited “SHIVA” again, followed by 4 other brickyards.

This documentary series tries to depict the living conditions of the millions of poor Indians, working in about 125.000 kilns all over India to provide bricks for the booming construction business.